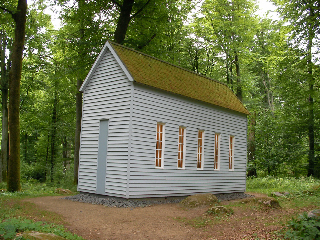 Music was a part of my life very early on. I began to sing in a choir when I was five years old. My family moved from Sweden to Kitwe, Zambia for a couple of years before continuing to Addis Abeba, Ethiopia. There I started playing the piano, an instrument I've always returned to through the years. Haile Selassie was deposed by a military junta so my parents quickly decided to take us children back to Sweden where I began taking classical guitar classes. I continued playing the guitar for more than a decade before realizing that my voice was my main instrument! I was 20 years old and studying at the Academy of music in Malmoe, Sweden when it became clear to me.

Since my graduation as Master in fine Arts I've been working on a freelance basis as an artist, conductor and as a teacher. The projects through the years have been many and varied; some of which you can find amongst the records at sale.

Some examples of collaborations:
1987-1996 Member of the group Agora Brasil (later only Agora), a sextet playing tunes, both originals and by other composers, with a Brazilian flavour. We toured a lot in the Nordic and the Baltic countries as well as in northern Europe. The group released 2 records "Blame it on the bossanova" och "Maïs além".

1995 - 2000 Vocalist with the Nordic Big Band April Light Orchestra, a band consisting of female musicians from all the five countries with Hanne Römer (DK) as artistic leader and conductor.
We did several tours, including the Baltics and a trip to Beijing, China. "April Light" was the name of the bands one and only record.

1998 - 2006 Member of Soul Quality Quartet, a quartet that grew into a sextet but kept it's name! The music played at first was heavily influenced by the jazzy funk-vibe from the 60s, but slowly other elements and instruments were incorporated, forming a kind of acid jazz/latin band in the end.The band released two full length cds "Strip" and "Dip", and also one EP "SQQ". This band took me to Jazzcafé in London; and what a club to play!

The latest recording "Down to earth" is the project closest to my heart at the moment! A sort of Almaz Yebio trio project that expanded towards more musicaians; an urge to give every song it's own sound within the record. I'm the producer of this record together with Mats Ingvarsson and it's also the first release on my own label!

Guest soloist on the latest record by Kjeld Lauritsen trio "In the zone". Kjeld is an institution all by himself in the Danish jazz community with his swinging Hammond organ playing!
Since the release we have done quite some gigs together and it's really a thrill for someone like me who needs an injection of soul/jazz once in a while, that Hammond provides a sound to jump off of, every single time! In the trio you also find: Per Gade-guitar and Sören Frost-drums.

Anna Weister-Andersson is one of Sweden's most acclaimed gospel singers and choir leaders. She is passionate about black american gospel music, and is putting her work as a composer, teacher and choir conductor into spreading and sharing this music throughout the country. 2011 Anna gathered a choir of ten singers and fie musicians to do the first recording entirely with her compositions, "One in Christ". I was invited to take part in this fantastic project, and we still do concerts when there is a possibility to gather the whole gang. Quite an undescribable feeling to be singing together with people like Samuel Ljungblahd, Malin Övrell, Ingela Olsson, Frank Ådahl, Malcolm Chambers, Martina W Möllås, Per Ankarberg, Kristina Talajic and Anna of course! 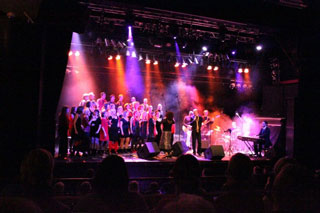 1994-2011 Musical director and conductor for Rejoice gospel choir, Lund, Sweden.
A choir with some 40 members organizing and sharing the work between them. So much energy and working spirit makes the job so inspiring for the conductor! The years with Rejoice more than I'll ever know about leadership, endurance, friendship and work towards new goals. We released three cds during my time with the choir: "Stir up", "Rejoice - live" and "Wrappin' up". It's so great to see that the choir continues to work, with a new leadership and new aspirations.

I work as a vocal teacher at the Academy of Music in Malmoe, Sweden and also at Skurups folkhögskola. To be able to walk alongside another person for a bit while they are forming and developing their instrument and musical expression is a gift. Both grow, especially when we don't think alike. I wouldn't have been the musician I am today without teaching...or vice versa!
I occasionally work on a freelance basis with voice training, conducting or choir improvisation. One unforgettable assignment was putting together a gospel choir to perform a couple of songs with mr. Stevie Wonder at his concert in Copenhagen, Denmark in July 2010!!